Nothing lasts forever when playing sports.

That’s the message Manny Torres tries to instill in all his players when they walk through the doors of Technique Tigers Baseball.

“That’s one of the first messages they hear from me — athletics, and being able to play sports, is temporary,” he said. “Without my education, I wouldn’t be able to run a business today.”

Hailing from Bridgeport and growing up a mile away from the 12,000-square-foot baseball facility he now operates in Trumbull on Lindeman Drive, Torres admits that what drives him every day is the opportunity to pass something on to his players — to create a positive impact by teaching them a skill they can use to improve their game or by teaching them a lesson they can use to improve themselves outside of it.

He played in three College World Series as a pitcher at the University of Alabama and was twice named as an All-American, posting an outstanding 21-4 career record. He said he uses his experiences on the ball field as a learning tool for his students when they ask about his career, but that he doesn’t like to blurt out or show off his accomplishments.

“They like to hear what it takes to play at that level, whether it’s the University of Alabama or a Division III school,” he said. “I try to explain to them that there’s a process and it takes a tremendous amount of self discipline and commitment. It’s not easy; it’s a full-time job.”

And what makes the journey difficult is that it’s a job that requires round-the-clock persistence — on the field and off it.

That’s why Torres has all of his players focus on being overall student-athletes, rather than just focusing on hitting, pitching and fielding.

“I always preach, ‘Mom and dad wake up to go to work, to serve you, to have a better life; your job is to go to school and get an education,’” he said. “Baseball is an after-school activity, and that’s an important a message we try to repeat often here.”

And the message is more than just words.

In a conference room that’s part of his facility, Torres plans to host SAT prep courses for student athletes who are eligible as well as other tutoring services for younger players.

“We want this to be a community center that obviously uses baseball and softball as a driving force to get kids aware of what it takes to be a full-time student athlete,” he said.

After his playing days at Alabama, Torres earned a stint in the minor leagues with the Cincinnati Reds before succumbing to his second shoulder surgery in three seasons.

He played his way into the professional ranks on a healthy diet of self-discipline, attention to detail, and commitment to routine — some of the founding pillars of Technique Tigers Baseball.

The others, displayed above the playing grounds before players enter for their training, are listen, effort, and respect.

“I set the tone with those rules and I stand firm with that,” said Torres, who runs the operation with longtime assistant coaches Ramon Sanchez and Vinny Arjune.

“My delivery to the kids is honest, and I think that’s why they respond to me,” he added. “I don’t sugarcoat anything — I’m honest off the bat and I expect effort from everyone who comes in here.”

Before he committed to play in Tuscaloosa, Torres was offered a pro contract from the Texas Rangers, who selected him in the 28th round of the 1995 Amateur Baseball Draft, but he decided to go to college.

After his second surgery, he said, he could have continued to follow his lifelong dreams of being a professional ballplayer, but ultimately he chose the “guaranteed route.”

“I didn’t want to be that guy rehabbing trying to come back to something that wasn’t guaranteed,

especially when I was only nine credits away from getting my degree at Alabama,” he said.

“I left with my head held high, knowing that I worked my butt off my whole life and gave it everything I had,” he added. “It wasn’t in the cards for me.”

He admits that when he first returned home he wanted nothing to do with baseball.

Slowly but surely, he found himself splitting time between coaching kids in both the sports he grew up playing before ultimately starting his own business as a baseball instructor.

“Once I started with baseball, I found a passion for it again,” he said. “Eventually, I was teaching kids about more than just the game — I was teaching them about life — and I found out that I was pretty good at it.”

Despite his short reprieve from the sport, Torres looks back at his baseball playing days with nothing but a smile.

“High school was a lot of fun,” he recalled. “It wasn’t as regimented as college.”

“I was just a kid out there enjoying the game, “ he said. “I remember going out to the field and having 12 to 15 major league scouts watching me — that was something I always dreamed of ever since I was a little boy.”

In the Southeastern Conference (SEC), the fast-throwing pitcher found success right away when he was named as an All-American and All-SEC First Team member as a freshman in 1996.

That year, the Tide took home the SEC Championship — an accomplishment they would achieve twice more, in 1997 and 1999, with Torres on the mound.

“I call it a fantasy ride,” he said of his Alabama days. “To be part of the greatest four-year span in the history of University of Alabama baseball and having a role in it makes it even more special. …

“Coming from a small city like Bridgeport, to play in such a powerful conference and play against the best players in the country and play a major part in the success of the program was unbelievable,” he added. “You can’t replace those days. I look back to playing there and it was just amazing.”

The first decade as a coach and an instructor were a bit of a challenge for Torres, whose business bounced around without a home from Shelton to Stratford.

In a story that would mimic the “if you build it, they will come” magical mantra from the 1989 film Field of Dreams, the facility in Trumbull is Technique Tigers’ first physical location — an opportunity that the former pitcher couldn’t pass up.

“This town is so baseball rich,” he said, recalling Trumbull’s past glory on the diamond.

“When my broker called me up and said, ‘Manny I have the perfect space,’ I said to him, ‘Don’t tell me you have 25 Lindeman.’ He paused on the other end of the phone and said, ‘How did you know that?’ I told him,’Because that’s the only perfect space for something like this. …

“I used to work here as a pitching instructor when it was Sports Palace of Trumbull about 10 years ago when I first started out,” he added. “It’s cool I ended up right where I started.”

Inside the building, Torres and his coaches help softball and baseball players ranging in age from 6 to 18. He offers team rental services as well as conditional programs for travel teams, ages 10 through 18.

He would like to have an indoor softball hitting league for adults as well as other training programs and already hosts college players who are home on winter break.

“This is a premier, year-round training facility,” he said. “And with the weather the way it usually is up here in the Northeast, it’s a great opportunity for us to expand our program offerings in the winter when kids can’t be outside.”

As for equipment, Torres has plenty, including 10 batting cages that move around for defense and open up for long-toss throwing. In addition, he has three mounds and three pitching tunnels, as well as four crossover symmetry stations for arm care.

“Being a victim of two shoulder surgeries, something that cut my career short, I always preach using the bands,” he said.

While Torres is proud of the facility’s physical attributes, it’s what he offers to his players when they step off the turf field that sets him apart from other baseball programs.

On the door outside the conference room that will be used to tutor students is an essay written by one of Torres’ former players, John Natoli, who exemplified another one of Technique Tigers Baseball’s virtues.

“John went from being the 15th person on the roster and became one of the best players we’ve ever had,” he added. “He’s become the poster child for the program — not only for his improvement as a player, but in academics.”

The classroom and the baseball diamond are never too apart in Torres’ mind, and that’s why he appreciates that Natoli not only rose up the ranks of his travel baseball team, but he did so while gaining acceptance to Cornell University. The note hanging outside the room is his acceptance letter to the school, in which he talks about his struggles as a baseball player and how he overcame them through the lessons he learned at Technique Tigers.

“We’re proud we had such an influence on him to write something of that magnitude and to get accepted into one of the highest-ranking schools in the country and play on their team,” Torres said. “It’s really the perfect story. The kid has been an underdog his whole life and now he’s going to Cornell University — that’s something that will take him a lot further in life than any sport could ever do.”

Natoli’s story isn’t the only one that could be labeled complete.

Everything has came full circle for Torres, and he recognizes the opportunity he’s been given.

The former St. Joseph High School standout is now teaching youth in the town he once played in, in a facility he once instructed in, and in a building he lived only a mile from when he was a baseball-crazed kid.

“I used to live down the street from here on Stone Ridge Road, behind Trumbull Gardens, and to be in this position and touch this many lives all the time, it’s very gratifying,” Torres said.

It’s been a journey — a fantasy ride, as the All-American pitcher likes to say — that leaves the door open to a lot of potential going forward.

“I think the kids respond to me well because I’ve been there and I genuinely care about their development,” he said. “At the end of the day, I don’t care about winning and losing; I care about the development of their skill set and how they develop as a person — that’s more important to me than anything. …

“I tell them that I can’t let them outside the door without giving them a message — I wouldn’t be able to sleep that night, I wouldn’t feel good about myself,” he said. “It results in some long-winded speeches, but they definitely listen.”

A Bridgeport man who played professional baseball is teaching children the sport and giving back to the community. Former player Manny Torres is... 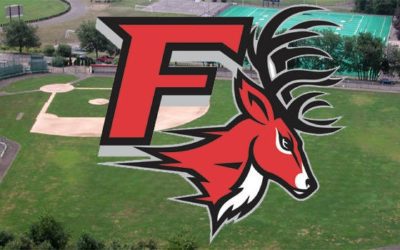 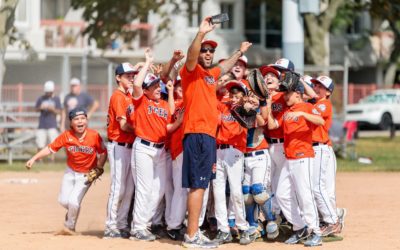 ELSBERRY Bridgeport’s Torres back in baseball, teaching the game

TRUMBULL -- Manny Torres' last shot at making the big time had come and gone. A second torn labrum had ended that dream, and for a long time...

About Technique Tigers Academy!Please fill in the details below👇.